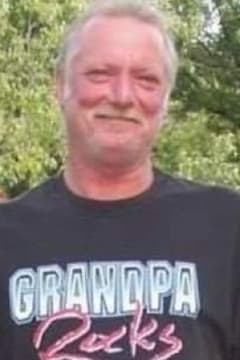 Rest in peace Hubert. You were always goid to me. You loved life, and lived it your way. You were a good friend, and a good person. You will be missed, and always loved. -Bruiser
- Bruiser

So very sorry!! We were going to try to make it but, it didnt work out. Was hoping to watch live stream. Margaret Miller and Patsy Decker..Berea
- Margaret Miller

Hubert was a great friend. Always there for me. Had such a big heart. Sure will miss you Hubert.
- Darlene Pennix
Going to miss you hurb rip my little bud 🙏 God bless you your bud Danny holden
- Danny hilden

Hubert was a good friend and person. Hubert would help you any way he could. He will be dearly missed but he will not be forgotten. -James ( Tater) Davidson
- James Davidson

Hubie was our friend for many years. We send our sympathy to his family. Pray the the Lord to give you the strength you need at this time.
- Earl and Geneva Lewis

Sorry has a great brother. I was there when was born I was there on his birthday and passing. I will have him in my Heart
- Jerry Gadd