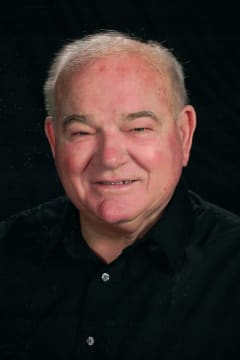 Steven Edward Turner aged 79 of Hamilton, Ohio passed away at his home on August 29th, 2022. Steven was born the first of three children to Whit and Nettie Turner in Hyden, Kentucky on October 17th, 1942, aided by a midwife from the Mary Breckinridge Frontier Nursing Society, of which he was quite proud. He is survived by his loving and cherished wife, Donna Turner, his beloved brother Rodney Turner and wife Debbie, sister Charlotte Scarth and husband Mike, brother-in-law Mike Peters and wife Denise, brother-in-law Doug Peters and wife Vicky. Steven is also survived by his proudest accomplishment; his children and grandchildren including daughter Christy Quincy and husband Todd, daughter Angie Burchfield and Husband Tim, son Steven Turner and wife Angie, grandchildren Steven Cooke, Nathan Cooke, Sid Quincy and wife Amber, Summer Quincy, Samantha Turner, Rachel Turner, Steven Turner, Rebecca Burchfield, Timothy Burchfield, Jacob Burchfield, great grandchildren Payton Williams, Rylee Cooke, Isaiah Cooke, Synarinah Cooke, and Sykhai Cooke. He is also survived by many other family members close to him including Tiffany Adelsperger and her children Sydney Adelsperger and Faith Turner. Steven was raised by his Mother Nettie with the help of her father Delanie Barger at his farm in Leatherwood, Kentucky for the first few years of his life while his father Whit served in WWII. After the war they moved to Ohio for Whit to find work where they initially lived in City View Heights, also known as Happy Top, eventually settling at the foot of “The Knob” on Tylersville Road and attending 11th Street Baptist Church. He was proud of his roots in Southeastern Kentucky, remembered them fondly returning often to visit, being an appointed a “Kentucky Colonel” in his later years, and often referring to himself proudly as a “Hillbilly.” Steven joined the US Air Force in 1960 and served as a Radar Installation and Repair Specialist for 3 years travelling to many countries in Asia while based in Japan. Steven’s love of electronics blossomed in the Air Force and ignited his hobbies in HAM Radio and Computing which later lead to his second career in Coding and Networking. After serving overseas, he returned to Hamilton and met the love of his life, Donna Jean Peters, at Five Points Market in Hamilton. After several failed attempts, Steven talked Donna into marrying him in 1964 and remained devoted to her for 58 years. He followed in his father’s footsteps working at General Motors Fisher Body Plant in Tool and Die until its closure became imminent in 1983 at which time, he accepted an offer to work for Ross Perot’s new Computer Division of GM, EDS utilizing the electronics skills that he had grown through his hobbies HAM Radio and Computers to gain a position there. Steven remained with GM/EDS until 1997 when the last offices for GM in Butler County were closing. He then worked for Chiquita Banana in Cincinnati for 8 years setting up their computer networks in Costa Rica and parts of Europe. Steven retired in 2005 to pursue his lifelong hobbies of Travel including visiting 49 States and multiple countries, riding motorcycles with his best friend Bill Weaver, pursuing HAM Radio adventures under the call sign WA8WMH/K8KY with his great friend Jim Lancaster, and shooting guns with various friends and family. Of course, he never ceased to chase his favorite pursuit, eating of good food! Steven kept his relationship to God reserved and private until his last days that he spent in solemn anticipation of the day he would cross over Jordan’s River to Canaan Land to rest with his mother and father and await the arrival of his most prized blessing, his wife Donna. Visitation at THE WEBSTER FUNERAL HOME 3080 Homeward Way at Rt. 4, Fairfield on Thursday September 1, 2022 from 10:00 AM until the time of the funeral service at 12:00 PM, with Pastor Scott Miller, officiating. Burial to follow with full military honors in Rose Hill Burial Park. www.websterfuneralhomes.com