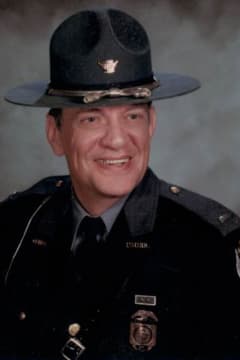 Terry C. Payer age 77 of Hamilton went to be with our Lord on Saturday June 19, 2021 surrounded by his family. He was born on September 4, 1943 in Youngstown, OH the son of the late John and Harriet (nee Hetner) Payer. Terry was a veteran of the United States Air Force serving in the Vietnam War. He retired from the Ohio State Highway Patrol earning the rank of Lieutenant. He the joined the Butler County Sherriff’s Office as a Chief Deputy. He also worked at the Ohio Ethics Commission. He loved playing golf and being a ranger at Potters Golf Course. He was a parishioner of Queen of Peace Catholic Church. Terry is survived by his loving wife of over 53 years Vicki Payer; three children Teri (Bret) Young, Jon (Tracie) Payer, and Traci (Michael) Barger; five grandchildren Molli Barger, Natalie Barger, Sydnee Payer, Nicholas Young, and Jon Garrett Payer. He also leaves behind many other family and close friends. Visitation will be from 10:00AM until the time of the memorial mass at 11:00AM at Queen of Peace Catholic Church 2550 Millville Ave Hamilton OH 45013 on June 29, 2021. THE WEBSTER FUNERAL HOME 3080 Homeward Way at Rt. 4, Fairfield is serving the family. Online condolences may be made at www.websterfuneralhomes.com. In lieu of flowers donations may be made in Terry’s name to Animal Care Center of Fairfield at 4005 Acme Dr Fairfield 45014 or Lewy Body Dementia Assoc at 912 Killian Hill Rd SW Lilburn, GA 30047 or www.lbda.org/donate