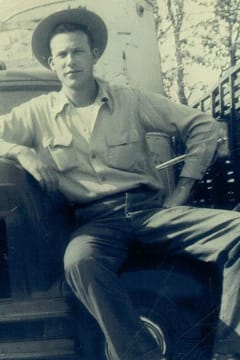 Virgil Bowlin age 91 of Fairfield Township, passed away peacefully at home Sunday night September 19, 2021 surrounded by his family. He was born November 24, 1929 in Richmond, Kentucky to the late Tom and Dovie (nee Vickers) Bowlin. He was preceded in death by his sister Wilma Crane and two brothers Donald and Lawrence Bowlin. He served in the United States Army Air Corps being honorably discharged in 1950. He was well respected as a truck driver for Roadway Express being awarded the Million Mile Safety award. He is survived by his beloved wife of 69 years, Ida Rose (nee Jones) Bowlin, two sons Tommy (Cindy) Bowlin and Danny (Teresa) Bowlin, four grandchildren Krissy (Jason) Gibson, Kyle (Kim) Bowlin, Frank (Susan) Bowlin and Rebecca Duggins, ten great grandchildren; and beloved uncle to numerous nieces and nephews. A visitation will be held Friday, September 24, 2021 from 10:00 AM until time of memorial service at 11:00 AM at THE WEBSTER FUNERAL HOME 3080 Homeward Way at Rt. 4, Fairfield Ohio 45014. Online condolences can be made at www.websterfuneralhomes.com