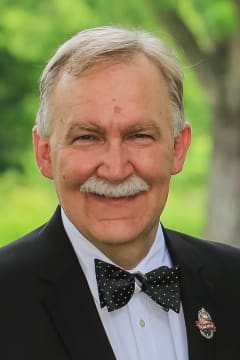 William Paul Lorenz left this earth in the early morning hours of April 23, 2022, at the age of 65 near Tulsa, Oklahoma while on a cross-country route 66 roadtrip.

He was born Monday, May 28th, 1956 at Good Samaritan Hospital in Cincinnati, Ohio, the second son of the late Irene Louise (Heisman) Lorenz and Walter Clarence Lorenz.

Bill, as he was affectionately known, attended Colerain High school graduating in 1974, and was an active participant in Junior Achievement, art, and chess clubs where he made lifelong friends until his dying day. He married his wife Mary Ann (Jones) in 1978 and they began a lifelong adventure spanning nearly 45 years. They welcomed their firstborn William Nicholas in March 1986, and their second Kristin Marie nine years later in July 1995.

Bill was an active member of his community serving in many roles throughout his years. Some of these with the Boy Scouts of America in Pack 902 and Troop 881. Additionally, he was a set designer, builder, and “stage Dad” for various shows of the Fairfield Show Choirs, Rhythm Express, Pure Elegance, and Choraliers. He was also heavily involved in the Nationally recognized Fairfield Crystal Classic Show Choir Competition for almost 20 years.

He was a member of Crossroads Church in Mason, Oh, where he was involved in Senior Connections, Go Local, and their Thanksgiving and Christmas food and toy drives.

Bill was a beloved bingo caller for many years at various bingo halls around the city of Cincinnati. He was also well-known for his spectacular home Christmas light display that occurred annually for nearly 20 years.

He loved a good adventure and traveling spontaneously. He visited nearly every US state, short only Alaska. He was a Tennessee Squire and a Maker's Mark Ambassador and loved visiting vineyards, breweries, and distilleries. He was also a frequent tourist to many historical sites, National Parks, and the Walt Disney Parks.

Bill lived for his family and friends and was widely known as an IT Salesman throughout the tri-state area. He held various positions with Service Merchandise, The Future Now, Novell, Managecast (formerly Netscape), Bankers Life, and most recently, Infocase (from which he retired).

He will be missed but never forgotten.

If you have memories or photos to share with the family, please submit them here: https://forms.gle/zXEqpkm4MZveRMD39

A celebration of life will occur on May 26, 2022 at Crossroads Church Mason 990 Reading Rd Mason, OH 45040. A visitation with the family will occur from 4:30PM~5:30PM. Memorial service will follow at 6:00 PM with Pastor Jim Toy officiating.

In lieu of flowers, the family will be collecting donations towards a memorial park bench at the Joe Nuxhall Miracle League near his home in Fairfield, Ohio. In life Bill was always a huge fan of baseball, and having reached out the organization, they will collect funds for his memorial. Once complete, the family will alert anyone who donated where any physical memorial is located.

To donate to the memorial fund, please see the options below.

For any physical payments, please mail them to the address:
The Nuxhall Foundation
P.O. Box 18146
Fairfield, Ohio 45018-0146
Memo: In Memory of Bill Lorenz

Donations can also be made directly to the Miracle League Foundation website at:
https://www.nuxhallmiracleleague.org/donate

Please choose the cause "Memorial Giving" and the "Dedicate my donation in honor or Memory of someone" and write "In Memory of Bill Lorenz". Please also choose to notify the family by email to RememberingBillLorenz@gmail.com so they may keep track of donations.