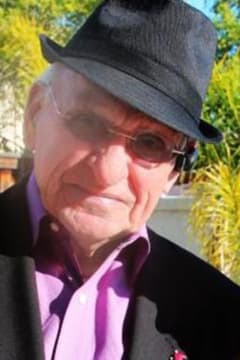 Willie Nelson McKinney, age 88, died peacefully, surrounded by his family, in Liberty Township, Ohio, on Friday, March 19, 2021. He was born on October 26, 1932, in Winchester, Kentucky to parents David Edward McKinney and Verna Stella (Childers) McKinney. The self-described “Original Willie Nelson” who was known as a fun-loving positive man, had a great sense of humor, and lived life to the fullest. He would have given the shirt off of his back to anyone in need, and never knew a stranger. He served his country as a Corpsman in the U.S. Navy attached to the Fleet Marine Forces during the Korean War. He married his high school sweetheart, Betty Joan Carlton, on July 4, 1953. Upon discharge from the Navy, he held various sales roles in the automotive, medical and insurance industries until he retired. Following retirement, he remained active in the community serving on multiple boards. He is survived by his children Pamela Messer, Deborah (Gregory) Finn, Gregory (Angelique) McKinney, and David (Julie) McKinney. Devoted grandfather to Michelle (Daniel), Marc’ (Allison), Matthew, Dr. David (Jenni), Stacy (Jason), Eric (Rachel), Samantha (Jacob), Arianna, Carson, Rachel and David. Proud great grandfather to Jared, Juliana, and Elijah. Also survived by his loving siblings, Reatha (Harold) Clevenger and Theda (Charles) Jones and preceded in death by the late, Juanita (Sewell) Amburgey, Robert (Alice) McKinney, Edith (Lee) Ledford, Rayburn (Evelyn) McKinney, and Gerald McKinney. Family and friends may visit at THE WEBSTER FUNERAL HOME, 3080 Homeward Way, in Fairfield, Ohio on Wednesday March 24, 2021. Services to be held at Noon, with visitation starting at 10:00 A.M. Burial to follow with full military honors at Rest Haven Memorial Park Cemetery in Blue Ash, 10209 Plainfield Road, Cincinnati, Ohio 45241. If desired, memorials may be directed to Hoxworth Blood Center, Financial Services, University of Cincinnati, P.O. Box 670055, Cincinnati, Ohio 45267-0055. www.websterfuneralhomes.com

Rest in peace, Willie. I only met you once but you treated me as if you had known me for years. Prayers for you and your family in their time of mourning. Janie and Bob (Carlton).
- Janie Hatter
Mr. Mckinney was a big influence in my teenage years. A great baseball person with great knowledge of the game. I will always remember the Slush Puppie uniforms, teams laughed but they took a beating from Slush Puppie. You will be missed and thanks for the memories. Prayers to the family, love you Keedo.
- Mike Steele