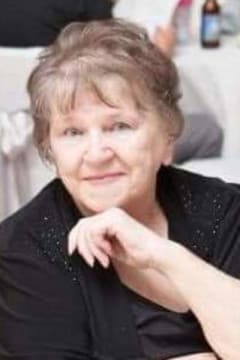 Obituary for Carol A. Wiesman

Memories of your Mom come flooding back. Having been our next door neighbor for decades, Carol was kind, caring and had a laugh I will never forget. My parents felt your family was part of ours. May God bless all of you and know you have her at your shoulder everyday.
- Janet Davies
To Carol's family, you have our condolences. I have fond memories of sitting with your Mom, my Mom (Joan Chasteen) and the other ladies as they had lunch or dinner... telling family stories.. laughing.. and enjoying time together. I know Carol will be sorely missed. Hugs to you.
- Debbie Klinzing
Carol was always so nice to me and my kids! Every time I saw her you could just tell how much she loved being around her children, grandchildren, and great grandchildren. She will be greatly missed and my heart is with all those that love her in this difficult time.
- Jen Huff
Carroll was a wonderful woman , God-bless her and her family
- Scott Robbins
Carol loved children and babies the most. She was a beautiful example of mother, grandmother and all the rest. May she rest in peace and joy with her babies.
- Nancy Sims
Jamie, deepest sympathy to you and all your family.
- Rose Hicks