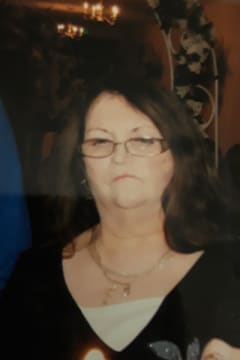 Carolyn S. Lawrence age 68 of Hamilton passed away Thursday May 21, 2020. She was born January 9, 1952 in Hamilton, Ohio the daughter of the late Golden and Mary Louise (nee Elkin) Prater. Mrs. Lawrence worked as a dog groomer and was a member of the Princeton Pike Church of God. She was married to Jack Lawrence and he preceded her in death in2006. She is survived by her twins Duane (Missy) Proctor and Kendra (and fiance) Proctor; two grandchildren Christan Proctor and Brayden Proctor; two stepsons Jeffery Lawrence and Christopher Lawrence; one brother Kenny (Jane) Elkin, and three special cousins Virgie Neal, Doris Dennis, and Jill Jackson. The family of Mrs. Lawrence will conduct private services at a later date. THE WEBSTER FUNERAL HOME 3080 Homeward Way at Rt. 4, Fairfield is serving the family. www.websterfuneralhomes.com

Please share a condolence, photo or memory of Carolyn. We welcome all condolences that are positive and uplifting that will help family and friends heal.