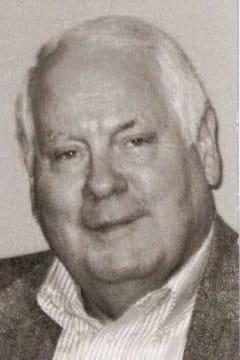 Chuck S. Adelsperger age 71 of Hamilton passed away on Tuesday May 19, 2020. He was born on March 28, 1949 in Cincinnati; the son of the late Harry and Eloise (nee Boner) Adelsperger. On June 26, 1971 he married the love of his life Barbara Bennett. Chuck worked as a computer systems manager for many years at Southwestern Ohio Computer Association. He will be deeply missed by all who knew him. He is survived by his loving wife of over 49 years Barbara Adelsperger; two children Matt (Dianna) Adelsperger and Mike Adelsperger; four grandchildren Tiffani, Joe, Elijah, and J; three sisters Donna Adelsperger, Patricia (Tom) Nead, and Christina (Lawrence) Montecalvo; and his best buddies, his dogs Gibbs and DiNozzo. Chuck also leaves behind many nieces, nephews, other family and close friends. He was also preceded in death by one, brother Bill Adelsperger and one sister in law Carol Adelsperger. Visitation will be on Saturday May 23, 2020 at THE WEBSTER FUNERAL HOME 3080 Homeward Way at Rt. 4, Fairfield from 1:00PM until the time of the funeral at 3:00PM with Chaplain Tom Moll officiating. Online condolences may be made at www.websterfuneralhomes.com

Chuck was one of the kindest, gentlest souls I have ever known. His life epitomized service to others. He was one of those people you always knew you could count on, no matter the situation. Chuck ALWAYS had time for your problem, no matter how big or small. He was driven by helping others succeed... he was a leader by example. The best part working with Chuck was you always knew you were going to have fun while finding the solution. The entire Ohio K-12 Educational Community was touched by his efforts and thoughtfulness. My condolences to Chuck's family and friends. May you rest in peace, my friend...
- Greg Spencer
Barbara & Family, I knew Chuck for almost 40 years. Time is the most precious thing one has in life. I would not have made it as a Treasurer without the time Chuck spent with me. He was one of the most outstanding, humble, selfless, kind individuals I have ever had the privilege and honor of knowing. I regret that I took so much of his time away from you, his family. My wife, Carmel, and I are in prayer for you now and always.
- Jack Mann
Oh, I am so sad to read this. The Adelspergers were family friends with my family for years. Chuck, my brother, and I became fast friends and did a lot of things together. We had so much fun driving around in a 1952 Ford V-8 sedan and a 1958 Chevy 6-cylinder, each of which he got for $50 via connections thanks to the family auto repair business (IIRC). Lots of good times, lots of cruising, milk shakes, ice cream cones, hamburgers and fries. R.I.P. Chuck, I miss you already, and Barb, you have my sincerest condolences. You were such a blessing to his life.
- John Butler
Chuck was such a nice, nice person. I cannot count the times he helped me with problems I was having with our computer systems or software. There is probably not an ITC in Ohio's K-12 computer network that Chuck did not share his knowledge with. He was so generous with his time and talent. Our sympathies to his family and many friends. God Bless.
- Sandy Petrozzi
Chuck was a good and kind man. He was someone who took great pride in his work and his family, and would take extra time and effort to assist others whenever he could. His work at SWOCA and for Ohio's K-12 school districts was valued and will not be forgotten. He was a leader and example to many, and will always remain so. Our thoughts and prayers are with Chuck's family and friends as they come together to celebrate his life and mourn his passing.
- Duane Baker