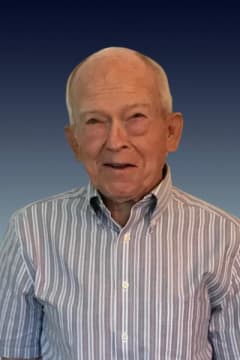 Clarence Causey age 82 passed away on January 13, 2021. He was born April 8, 1938 in Cutshin, Kentucky to the late Stephen B. and Sarah Bell (nee Callahan) Causey. He was the loving husband of Billie Jean (nee Baker) Causey who preceded him in death in 2019. He loved to hunt, raise a garden, collect guns and spend time with his family. He told the best stories and loved to make you laugh.
He is survived by his daughter Linda (David) Otto; four grandchildren, Michael Jacobs, Christina Jacobs, Ben (Laura) Otto, and Amy (Joshua) Fraasman; five great grandchildren, Tristan Bustle Jacobs, Anna Otto, Mary Otto, Taylor Fraasman and Tyler Frassman; one brother Felix (Peggy) Causey. He was also survived by many nieces and nephews who loved him dearly. He was also preceded in death by his parents Stephen and Sarah Belle Causey; four sisters Clara Causey, Essie Howard, Rachel Pennington, and Perlina Stidham; eight brothers John, James, Homer, Elvin, Ross, Isaac, Arthur & Opal Causey. We would like to give special thanks to Bea & Tom Jump and Carol & Dave Stecht for helping to care for him. Visitation will be on Saturday January 16, 2021 at THE WEBSTER FUNERAL HOME 3080 Homeward Way at Rt. 4, Fairfield, OH from 10:00AM until the time of the funeral at 11:00AM with Pastor Barry Wilson officiating. Burial to follow in Rose Hill Burial Park. Online condolences can be made at www.websterfuneralhomes.com

My prayers and thoughts are with you Linsa
- Sonya