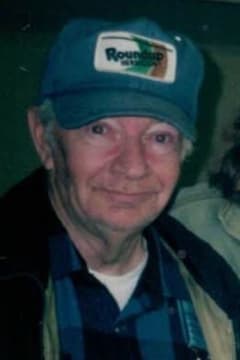 Dale Reed age 84 of Oxford passed away on Monday December 28, 2020. He was born on September 23, 1936 in South Irvin, KY the son of the late Carlos and Mary (nee Young) Reed. On September 12, 1964 he married the love of his life Patricia Lynn. Dale was a veteran of the United States Army. Dale was an engineer and worked in construction for many years. He is survived by his wife of over 56 years Patricia Reed; one son Al Funke; one sister Nina (the late Eugene) Marcum; one brother Carlos (Linda) Dean; one brother in law Rick (Joyce) Lynn; and one sister in law Kathi (Eddy) Hassler. He also leaves behind many nieces, nephews, other family and close friends. He was also preceded in death by two brothers Harold Reed and Bobby Reed; one brother in law Ronald Lynn. Visitation will be on Thursday December 31, 2020 at THE WEBSTER FUNERAL HOME 3080 Homeward Way at Rt. 4, Fairfield from 10:00AM until the time of the funeral at 11:00AM, with Pastor Richard McGuire and Pastor Mark Crary, officiating. Burial to follow in Springdale Cemetery with full military honors. Online condolences can made at www.websterfuneralhomes.com

My memories of Dale Reed . Dale was a great guy I have known Dale for many years through my mother-in-law . We would attend church on Sundays and then get a bite to eat before going on with our day. Dale is the kind of guy that you could ask questions on anything and he always had an answer he was so mechanically inclined he could fix anything. We would get together a couple times a month and take what we called a road trip way over in Indiana somewhere around Brookville Lake get a sandwich go look at the water and enjoy the day . We would always find an old church with a cemetery and look at all the headstones dates , Crazy something Old guys like to do. We would always have a lot of laughs rendering the worlds problems over a cold Coke. I'm gonna miss my old road traveling buddy and a good walleye sandwich. Rest in peace my friend you will always be remembered.
- Dan McVey
Dear Pat. I know Dale is flying high with his angels in heaven. I was so fortunate to meet you and Dale. God sent you both to our church to enrich our lives with your Christain love. Dale was always so happy go lucky when he came to church each Sunday. He always had the biggest hug for me. I wlil always remember Dale for those hugs. Pat, you know that Dale is in Heaven now but always remember we all love you so much and we are always here for you. May God comfort you in your loss of your loving husband Dale. R.I.P. my loving friend.
- Judy Murray