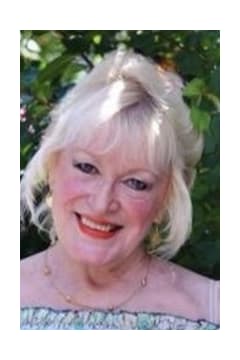 Emily graduated from Garfield High School in 1970. There she was an honor student demonstrating a clear talent for the arts. She was blessed with a superb soprano singing voice and performed in the Concert Choir along with the more elite Garfield Aires—frequently as a soloist. Emily was the clear female star of the Garfield theatre department, performing a leading role in their musical theatre offerings each of her three years: Fiona in Brigadoon, Sarah in Guys and Dolls and Anna in their unforgettable production of The King and I during her senior year. Her activities and grades at Garfield earned her enough scholarships (including the Metropolitan Women’s Club Scholarship for Outstanding Female Music Student) that with financial aid she was able to attend Western College for Women in Oxford before soon transferring to DePauw University in Greencastle, Indiana.

Emily became an equally shining star at DePauw University where she continued her vocal training, starred in musical and theatrical productions and performed in concert choir. She was also inducted into the Duzer Du Dramatics Honorary. But her career interests were pointing her in the direction of psychological social work. Ultimately, she earned her bachelor’s degree in Music and Psychology from DePauw in 1974.

That summer she met John Goodson, a man she worked with while doing summer youth outreach at the Hamilton Central YMCA, and they married shortly thereafter. They moved to his home state of New Jersey, and she attended Rutgers University in nearby Piscataway where she eventually earned her master’s degree in clinical social work.

John and Emily parted ways during this life transition, and Emily’s course and career choices altered as she began evolving into the independent free-spirit that we all came to know and love. While working at several part-time jobs to provide her enough income to pursue her dream, she made the bold move to New York City and a small studio apartment on Park Avenue.

In the city she discovered her skills in on-camera interviewing, and it quickly became her forte. During the ‘80s she co-hosted the weekly TV series, “Catch the Spirit” with Hilly Hicks (MASH, Roots). The show had a half-hour magazine format and was produced by the United Methodist Church. For several years she worked out of both New York City and Dallas and interviewed such famous celebrities as Bill Clinton, C Everett Koop, Lou Gossett and Tipper Gore...among many others. And during a European trip with the Catch the Spirit team, she was truly honored to meet the Queen of England.

After her stint with Catch the Spirit, she relocated for several years to Chicago. She spent quality time with her father and siblings who lived there, and supplemented her income doing numerous and varied short term positions. Emily also served in key fundraising positions for the March of Dimes and the Alzheimer’s Association (which had her briefly relocating to Boca Raton, Florida). She later worked with Chicago’s Continental Cablevision (which became AT&T Cable) where she did on air interviewing and program production, along with targeted projects with their sales department.

While in Chicago, she met and married Michael Braun—who lived in the same apartment building she did. Although they divorced several years later, they remained close friends until her passing.

Her final move was back to her hometown of Hamilton, Ohio where she resided for several years. Although she continued to make use of her broadcasting experience, her efforts also were geared toward public and community service. She worked with Hamilton journalist Richard O Jones on the civic-minded Facebook site “Hey Hamilton” as a correspondent and contributing editor and served as a production assistant and performer on his excellent True Crime History podcasts. She was active in community projects and in local politics. Emily was also a big supporter of the Cincinnati Zoo—and in her role at Hey Hamilton, she interviewed key members of the community and educated her viewers and listeners about many of the goings-on in the city. And she still made use of her vocal skills, performing occasionally with the renowned Franz Klaber Orchestra.

Emily was an incredibly talented individual. She was a fine actress, public speaker and interviewer. She loved animals (was a proud sponsor of Fiona the baby hippo at the Cincinnati Zoo!)—and always played mother to a cat or two.

She adored music and was an incredible singer—and at one time even sang the National Anthem at Wrigley Field at a Cubs game (her dad’s beloved team). She loved her Reds, Buckeyes and Bengals and unabashedly rooted for all of them. And she forever swore her allegiance to New York City—and the often impressive acquaintances and great friends she met there.

But most important to her was her Christianity and spirituality. It meant everything to her. And through her kindnesses and effervescent and powerful personality, Emily touched so many lives.

She will be sorely missed.

In lieu of flowers we request donations to Best Friends Animal Society (bestfriends.org), the Cincinnati Zoo & Botanical Garden (http://cincinnatizoo.org/support/donate/) or your own local animal shelter in Emily’s memory. Thank you.

I miss you terribly. I always loved you. And I always will. You were my everything.
- Michael Braun
Emily was a bright light on a dreary day. Her heart was sincere, her faith unwavering. I miss you Miss Emily!!!
- Donna Burns