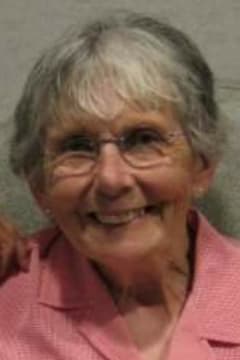 Helen R. Reynolds, age 88, of Liberty, Indiana and formerly of Hamilton, Ohio went to be with the LORD on September 2, 2020.
Helen was born July 23, 1932 in Butler County Ohio, the daughter of Isaac and Della (nee Botner) Tackett. She was a 1950 graduate of Hamilton High School and on November 11, 1950 she married Donald Reynolds.
Helen was a beloved wife; loving mother of Cindi (Ron) Wilson and the late Lisa Reynolds Ewen; mother in law of Greg (Debbie) Ewen; grandmother of Kelly (David) Beall, Stacy (Josiah) Miller, Laurie (Mike) France, and Zachary (Stacey) Ewen; great grandmother of Justin and Jack Witter, Ilah, Melody, and Pierce Ewen, and Lacey, Jenna and Miah France; brother in law Charles Reynolds; and many nieces and nephews.
Preceding her in death were her parents, her husband of 57 years Donald Reynolds on June 19, 2008, her daughter Lisa Reynolds Ewen October 31, 2004, her sisters Mildred Barrett, Juanita Philpot and Dorothy Kuhlman, and sister in law and brothers in law.
Helen was a bookkeeper/secretary for over 30 years. She loved to garden, crochet, knit, and quilt. She was an avid reader with an extensive library of books plus her thousands on her Kindle. She volunteered to help children and adults read and promoted literacy. She loved birds and always had a bird feeder near the windows to make sure she had a good view to watch them. Prior to her husband’s death, they attended many auctions and collected antiques.
Helen’s last two years were spent at Whitewater Commons in Liberty Indiana where she always stated she was treated like royalty by the staff. Her last two weeks were spent surrounded by her family in her granddaughter’s home where her family celebrated her life and reminisced about all the special memories and her incredible legacy.
A graveside funeral service will take place at 11:00 AM Tuesday September 8, 2020 in Darrtown Cemetery, Darrtown, Ohio. THE WEBSTER FUNERAL HOME 3080 Homeward Way at Rt. 4, Fairfield is serving the family. www.websterfuneralhomes.com

My prayers are with all of you! I loved Aunt Helen and will always remember the great meals she cooked. Her love for Uncle Don was a true love relationship. She was so good to mom.
- Judy sena