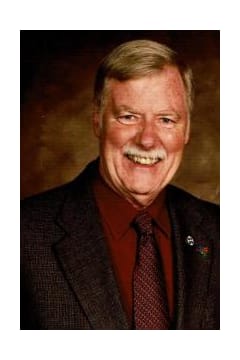 Howard R. Dirksen age 76 of Fairfield passed away Wednesday December 18, 2019. He was born May 30, 1943 in Cincinnati, Ohio the son of the late Joseph and Irma (nee Brand) Dirksen. Howard was a unique, loving, caring and giving gentleman who was devoted to his Christian values, family and was an asset to our community. He was a graduate of Norwood HS, Miami U. with a Masters from Michigan State. As a science Educator of 33 years he began teaching at Fairfield High School then meeting and marrying Judy Morris in 1969 to begin teaching in the DOD Overseas Schools. He and Judy's travels took them first to Newfoundland, Canada then Japan where they traveled throughout the Far East and began their family. Returning to Fairfield in 1978, he felt called to run for an elected position and served 14 years as a Councilman. This gave him many opportunities to bring his ideas for improvements to our parks and City as a whole. He started a networking service group known as the Community Connection Group (CCG) which helped him form the idea of a foundation for Fairfield. While others said it couldn't be done, Howard used his research networking skills to prove it could thus becoming the Founder of the Fairfield Community Foundation. From there the need of a food pantry was realized so he began the Fairfield Food Pantry which along with other dedicated volunteers continues after 22 years in feeding the hungry. He was active in historical endeavors helping to find a way to use federal funding to save the Elisha Morgan Mansion in Fairfield and serving as President of CHAPS which continues to provide important awareness of saving and/or restoring significant historical structures. Though he retired from teaching in December 1999, his desire for learning and being involved never stopped hence his love for being a member of Fairfield Rotary. While he loved his community, he always found great joy spending time with his family especially with his beloved grandkids. While It's difficult to condense the scope of a man like Howard into a few paragraphs, someone recently shared many in our community will deeply mourn his passing as his was a life of service, love, compassion and excellence. It was truly a Life Well Lived! Howard is survived by his wife of over 50 years, Judy Dirksen; two children, Alex (Reagen) Dirksen and Ann (Joshua) Parsell; five grandchildren, Madox, Elijah, Mimi, Piper, and Olive; and two brothers, James (Jane) Dirksen and Ralph (Diane) Dirksen. Visitation will be held at Evangelical Community Church (ECC), 2191 Struble Road, Cincinnati 45231 on Monday December 23, 2019 from 5:00 PM until the time of the funeral service at 7:00 PM, with Pastor Richard Lanning, officiating. A graveside service will be Tuesday December 24, 2019 at Spring Grove Cemetery, 4521 Spring Grove Avenue, Cincinnati 45232. Meet at the front gate area at 10:15 AM to proceed to the gravesite. In lieu of flowers, a donation can be made to the Fairfield Community Foundation, 5350 Pleasant Ave., Fairfield, Ohio 45014 or to the Fairfield Food Pantry, 78 Donald Drive, Fairfield, Ohio 45014. THE WEBSTER FUNERAL HOME 3080 Homeward Way at Rt. 4, Fairfield is serving the family. www.websterfuneralhomes.com 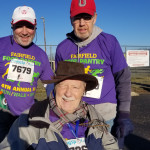 Linda and I extend our sincere condolences to Judy and the family on the passing of Howard. I know he always put others first as evident by the many community programs he was involved with and fostered during the course of his life. Howard will be missed but he certainly touched the lives in a positive way of many of our city residence, friends, and family. RIP Mr. Howard Dirksen.
- Jerry Oberdorf