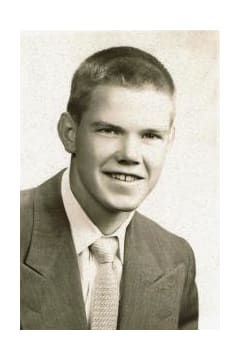 James E. Dozier age 85 of Fairfield passed away on Saturday October 12, 2019. He was born on March 12, 1934 in Hamilton, OH the son of the late James and Thelma (nee Birdwell) Dozier. James was a veteran of the United States Air Force. He married Thelma (nee Wilhoit) Dozier in 1973 and she preceded him in death on April 7, 2018. He is survived by three children Philip Dozier, Rebekah Dozier, and Sara Dozier; seven grandchildren Ashley Bell, Tiffany (Billy) Cooper, Philip Dozier, Austin Dozier, Briana Ford, Brittani Dozier, and Kayden Dozier; one great grandson Cason Cooper; one brother Ronald (Cheryl) Dozier; and one sister Marlene (the late Ken) Thomas. He also leaves behind many nieces, nephews and other family and close friends. He was preceded in death by one brother Doug Dozier; three sisters Elizabeth Louise Stewart, Ruth (Pat) Donahue, and Dolores (Cecil) Robinson. Visitation will be on Saturday October 26, 2019 at Springdale Church of the Nazarene 11177 Springfield Pike Cincinnati 45246 from 12:00PM until the time of the service at 1:00PM with Pastor Marshall Duke officiating. James’ remains will be laid to rest at Dayton National Cemetery. THE WEBSTER FUNERAL HOME is serving the family. www.websterfuneralhomes.com. In lieu of flowers donations can be made to the Kingdom Builders Sunday School Class at Springdale Church of the Nazarene 11177 Springfield Pike Cincinnati 45246.

Please share a condolence, photo or memory of James. We welcome all condolences that are positive and uplifting that will help family and friends heal.