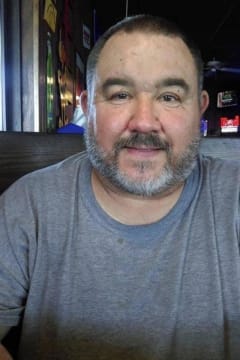 James H. “Jimmy” Burns Jr age 58 of Hamilton passed away in Hebron, KY on Monday April 12, 2021. He was born on June 15, 1962 in Hamilton the son of Billie (nee Whicker) Burns and the late James Burns Sr. Jimmy graduated from Fairfield High School and D. Russell Lee. He was a veteran of the United States Navy. He served on the recommissioned battleship, the USS New Jersey in 1982. He also served during the Lebanese Civil War between 1983-1984. Jimmy was also stationed at Fallon Naval Base from 1986-1988. He is survived by his loving wife of over 17 years Jennifer (nee McClure) Burns; one step daughter Jesi (Rickey) Templeton; two step grandchildren Kinley and Brantley; his mother Billie Burns; six siblings Betty (Kurt) Smith, Roxann Burns, Richard (Wendy) Burns, Alex (Jolene) Burns, Paul Burns, and Billy (Melissa) Burns. He also leaves behind many nieces, nephews, other family and close friends. He was preceded in death by his father James Burns Sr. and his grandparents and in laws. Visitation will be on Friday April 16, 2021 at THE WEBSTER FUNERAL HOME 3080 Homeward Way at Rt. 4, Fairfield from 9:00AM until the time of the funeral at 11:00AM with Pastor Rick Witt officiating. Burial to follow in Rose Hill Burial Park with full military honors. Online condolences can be made at www.websterfuneralhomes.com 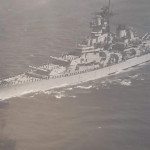 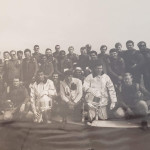 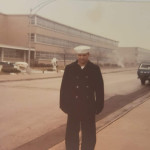 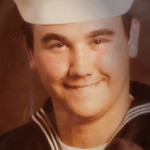 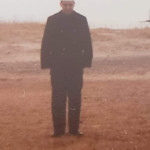 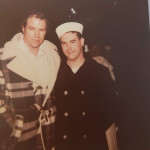 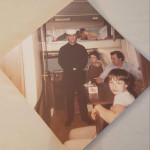 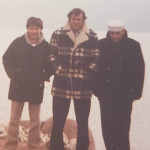 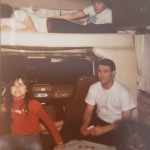 My deepest condolences to Jimmy's family and friends! I served with Jimmy on the USS New Jersey. Rest In Peace my friend!!
- Donald Wallace
I had the pleasure of meeting you during the USS New Jersey reunion several years ago. You were stationed on Her with my husband. You stayed in touch with us over the years we're looking forward to coming again next year. You will be missed. My prayers and condolences to your family especially your brother, Billy who we met when you were here. Our hearts are heavy my friend! I know you drive yourself right through those pearly gates smiling all the way!
- Sue Mangone
I was just thinking about you the other day ,I can't believe you are gone. You would check on me time after time after Truman passed away to make sure I was okay. I remember your guys truck driving days the stories you two would tell me.,I miss those days. RIP Jimmy you were a super great person. Your family is in my heart and prayers
- Carlene Madden Rollins

Jimmy was a sweet, kind man.. I enjoyed our conversations when he would come grab his load..I will miss seeing him..May you rest in heaven..
- Niccole Harris
In my prayers! Jim has been a great friend, I will miss him terribly. We were in the Horticulture class together, he so rotten like have your big brother around! Jim did his best to stay in touch with me after school and during his time in the Navy. We could go for years without talking. Then we would catch up with each other. Jennifer you know my heart goes out to you. Jim did his best as a friend when my husband recently passed! He had talked about the 3 of us meeting for dinner. I'm so sad that didn't happen. We are in the same club now. Please let me know if you need anything🙏💙🙏💙🙏💙 To Jim's mom and brothers and sisters. He loved you all so much. I remember meeting some of you, he talked about you all the time! Love and miss you, Marcia Berry
- Marcia Berry

Brother it just doesn't seem to be real that you're gone and left us. You will be missed deeply. I love you brother with all my heart and soul. Love you forever you're sister
- Roxann Burns
My deepest condolences to the family. I served with Jimmy on the New Jersey.
- Chuck Gurwell

I still remember baby sitting you. And those eyes were so brown and ridden you around the block. There will always a special place in my heart for you. 💘 You. One day we will never say good bye.
- Jane Fitzwater
PRAYERS and Condolences to the BURNS Family 🙏🙏🙏🙏 RIP 🙏🙏🙏🙏 SEMPER FI 🇱🇷🇱🇷🇱🇷🇱🇷
- Richard C Young
Rest In Peace My cousin give big HUGS! to our Dads..... Love Michelle
- Michelle Wyrick