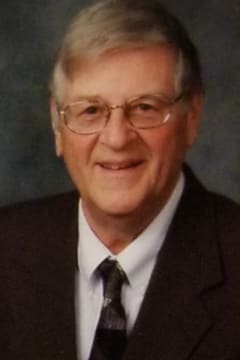 James ”Jim” Ritchie Edmonston, age 84, was born to the late Thomas and Helen Edmonston on February 2, 1937 in Chevy Chase, MD. The oldest of four, Jim often created challenging situations for his mother with the help of his siblings Tom (Margaret), Bob (Jo), and Fran (Bob) Migliorino. Jim attended Georgetown Prep School and the University of Pittsburgh as a member of Phi Gamma Delta where he attained a BS in Transportation. Jim met his wife, Eileen Mary Fasse, after moving to Cincinnati for a job in logistics. He told a family friend he wanted to meet a pretty girl who wasn’t hanging around the bars, so he was set up with a blind date. The couple had their 60-year wedding anniversary last month. This lifelong partnership produced five children: Michelle (Denny) Ray, Craig (Candy) Edmonston, Alyssa (Bill) Nagel, Keith (Niki) Edmonston, and Kristyn (Phillip) Sullivan. His children gave him 11 grandchildren and 12 great grandchildren. Jim was proud that he attained the rank Staff Sergeant in the US Army Reserve, serving in the early 1960’s. Jim was awarded an Honorable discharge after completing his enlistment at bases including Fort Knox and the Aberdeen Proving Ground.
Jim was an avid photographer, with his most preferred subject being trains. Over the course of his life, Jim had photographs published in multiple railroad themed books as well as various railroad magazines. Jim was the editor of Headlight and Markers, the official newsletter of the Cincinnati Railroad Club, a position he held for 50 years. The pinnacle of his railroad journalism career was writing a monthly column for the nationally published Railroad Magazine.
Jim was a practicing Catholic who worked hard for the St. Gabriel Parish in Glendale, volunteering for events at the school and also as a lay minister for the Church itself. Jim’s prayer list was over 4 pages long and included people he knew such as Dan Rather as well as people he never met. Our father was a world-traveling, well-read, all around good guy. He was quick with a joke, easy to speak to, and filled with knowledge you didn’t know you needed to know. He could strike up a conversation with a lawn chair. Even though he stood in the shadow of the Great Pyramid of Giza, he did not consider himself on a vacation unless there was an ocean to swim in, which he could reach with just $5 worth of gas. He was just as happy to enjoy an opera by Mozart as a space opera by Lucasfilm. Mass of Christian burial Thursday, February 18, 2021 at 11am, at St. Gabriel Church, Glendale, OH. Due to Covid restrictions, attendance will be immediate family only. Internment following at Gate of Heaven Cemetery. In lieu of flowers, Jim would ask that you pray for others. THE WEBSTER FUNERAL HOME is serving the family. Online condolences can be made at www.websterfuneralhomes.com

I meet Jim as a member of the Cincinnati Railroad club in 1997. He was always a good friend and mentor to me. He was always on time to show up to meetings and always had a smile on his face. You will be missed my friend RIP. Say Hi to all of our fallen friends and family members for us. Paul
- Paul Osborn
Eileen, please accept my deepest condolences to you and your family. I always loved hearing of your many travel adventures. I hope we can share stories again one of these days. Donna
- Becker Donna
Eileen, I fondly remember our time together sitting around Bob and Fran's kitchen table telling stories. My thoughts and prayers are with your family. Jim
- Jim Migliorino