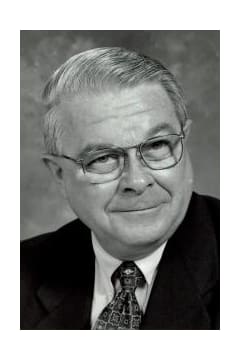 Obituary for Jerome A. Keller

Jerome A. Keller age 87 of Fairfield passed away Sunday February 2, 2020 in his home. He was born January 30, 1933 in Cincinnati, Ohio the son of the late Joseph and Ann (nee Tierney) Keller. On September 21, 1957 he married Helen M. Keller who preceded him in death on June 16, 2016 after 58 years of marriage. He graduated from St. Xavier High School in 1950 and the University of Cincinnati in 1955 with a Bachelor of Business Administration. While in high school he started working at Natorp’s Nursery. He continued working at Natorp’s while in college and after graduating, was promoted into a managerial position which he held for 10 years. He joined Cinergy (formerly The Cincinnati Gas and Electric Company) in 1966 and worked various sales and customer contact areas for 12 years. In 1978 he moved to the Economic Development Department and had responsibility for Cinergy’s economic development efforts in Ohio until his retirement in 2000. He served as Chairman of the Ohio Economic Development Council from 1981-1982. Mr. Keller was President of the Ohio Development Association from 1983-1984. He represented Ohio on the Board of Directors of the Midwest U.S.-Japan Association for 8 years. He also served for 19 years as a member of the Board of Directors of the Fairfield Chamber Commerce and was President from 1976-1978. Jerry also represented the Chamber on the Butler County Chambers Caucus. He was a member of the Board of the Economic Development Association of Butler County. In June 1991, then Governor Voinovich installed him as an Ohio Commodore. Jerry was also an active member of Sacred Heart Catholic Church for 60 years. He is survived by his five children Catherine (James) Andress, Patrick (Melinda) Keller, Timothy Keller, Lisa (James Beering) Keller, and Mark Keller; two grandchildren Blake and Madison Keller; one brother Robert (Heidi Roark) Keller and one sister Mary Jo (Robert) Murray. He was also preceded in death in by his brother James Keller. Visitation will be on Wednesday February 5, 2020 from 5:00PM- 8:00PM at THE WEBSTER FUNERAL HOME 3080 Homeward Way at Rt. 4, Fairfield. A mass of Christian Burial will be on Thursday February 6, 2020 at Sacred Heart Catholic Church 400 Nilles Rd Fairfield at 10:00AM with Father Larry Tharpe officiating. Burial to follow in Gate of Heaven Cemetery. In lieu of flowers memorial contributions would be appreciated to Hospice of SW Ohio www.hswo.org or to the Alzheimer’s Association at www.alz.org. www.websterfuneralhomes.com

MY sincere condolences to the family. Jerry and I worked together at Cinci Gas & Electric for many years. He was a very friendly upbeat person who enjoyed his work and his experiences with his fellow employees. His picture is how I remember him. All his fellow workers will miss him. Sincerely Wanda Kurtz
- wanda kurtz