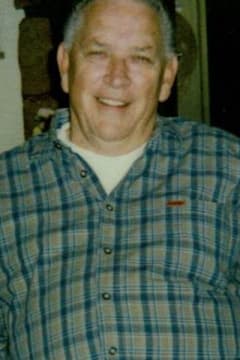 Obituary for Jesse A. Russell

Jesse A. Russell age 82 of Hamilton passed away on Friday July 24, 2020. He was born on October 27, 1937 in Mayland, TN the son of the late Dow and Lila (nee Sutton) Russell. Jesse retired from Ford Motor Co. after many years of service. He was married to Lynna Sue Russell and she preceded him in death in 2016. He is survived by two sons Jacob (Jessica) Russell and Darrel Russell; eight grandchildren and twelve great grandchildren. He also leaves behind many nieces, nephews, other family and close friends. Jesse was also preceded in death by eight brothers and sisters. Visitation will be on Wednesday July 29, 2020 at THE WEBSTER FUNERAL HOME 3080 Homeward Way at Rt. 4, Fairfield from 12:00PM until the time of the funeral at 1:30PM. Burial to follow in Butler County Memorial Park. Online condolences can be made at www.websterfuneralhomes.com

My good friend Jesse will always be in my heart. We spoke 2 or 3 times a week just to check on each other and family. What kind, generous and caring friends were Sue and Jesse. My favorite times were to bring supper and sit around the kitchen table and listen to Jesse tell stories from the past. I will miss you Jesse, but you knew the Lord, so I will see you in heaven. Miss you. Steve Oliver
- Steve Oliver
There aren't enough words to describe my relationship with Jess. He was my friend then became my father in law and when that was over we still remained very close .jess and I spoke on the phone weekly. If anything was happening in CA he was one of the first to call and check on us. We shared a lot through our 45 years together as friends.He liked being salesman never walked in that he wasn't trying to sell me something or me selling him something. Lots of fond memories with Jess and Sue . Hope you both are together again and resting in peace. You are greatly missed here on earth. With love George and Pamela Martin
- George Martin