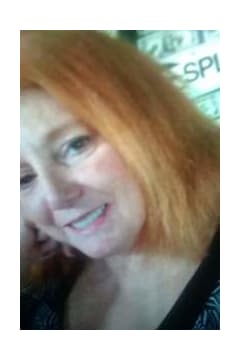 Jo Ann Burroughs age 63 of Hamilton passed away on Sunday December 1, 2019. She was born on August 22, 1956 in Hamilton the daughter of the late Carl and Margie (nee Moore) Withrow. She is survived by the love of her life Clinton Turner; two children Tamara Hunley and Carey Hunley; three grandchildren Breonna O’Connor, Garrett O’Connor, and Christian Hunley; one great grandchild Karsyn Ibarra; two sisters Carla (the late Rick) Duggins and Kristy (Rich) Sizemore. She is also survived by many nieces, nephews, other family and close friends. She was also preceded in death by two brothers Mark Withrow and Tim Withrow. Visitation will be on Friday December 6, 2019 at THE WEBSTER FUNERAL HOME 3080 Homeward Way Rt. 4, Fairfield from 5:00PM until the time of the funeral at 7:00PM with Rev. Josh Willis officiating. www.websterfuneralhomes.com

Please share a condolence, photo or memory of Jo. We welcome all condolences that are positive and uplifting that will help family and friends heal.