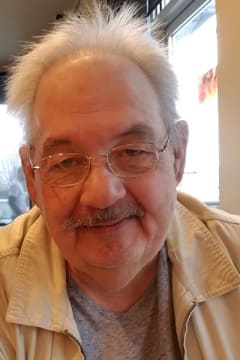 John Henry Malik age 78 of Fairfield passed away in his home on Thursday November 5, 2020. He was born on January 26, 1942 at Buczek Hall in Bentleyville, PA the first-born son of the late Stephen John Malik and the late Amelia Bronislawa Buczek Malik. John was an inventor, avid reader, raconteur, cosmopolite. He graduated from Bentleyville High School in 1959 and attended the University of Cincinnati from 1959-1965 where he studied mechanical engineering and industrial business management. He lived and worked at various places in Pennsylvania, Ohio, Michigan, New Hampshire, New York, North Carolina, and Illinois. He travelled extensively having visited twenty countries and territories for both business and pleasure. He had an active career holding substantial positions in industry, including an accounting firm, nonprofit charity, a quasi-governmental corporation, law enforcement, and a trade association. John was the founder of the Bentworth Times, a weekly newspaper, based in Bentleyville, PA. At various times during his career he served as a consultant to hospitals, banks, food processing installations, and plastic injection and blow molding operations. As an inventor he received nine patents from the US patent office and several foreign patents primarily European and Japanese. He was recognized as an expert witness for the purposes of civil litigation in courts in California, Texas, Washington state, and Florida. He is survived by two loving daughters of whose accomplishments he was very proud, Johanna (Wade) Schroer of New Knoxville, Oh and Rebekkah Jane (Fred) Fry of New Bremen, Oh; six cherished grandchildren Elizabeth “Jane” Henry, John Carl “Jack” Henry, Adeleine Whitten, Maxwell “Max” Whitten, Hallie “Lucy” Whitten, and Zachary Fry; one brother Dennis (Pat) Malik of Cincinnati, Oh; one sister Stephanie (James) White of Upper Marlboro, Md; one cousin John Phillip Buckley, whom he considered to be a brother; two nephews; one niece; one great niece; one aunt; and several other cousins. There will be no funeral per John’s request. Memorial service will take place at the convenience of the family. His cremated remains will be scattered in the Caribbean Sea off the coast of Jamaica, a country he visited often and came to respect and admire. THE WEBSTER FUNERAL HOME is serving the family. Online condolences may be made at www.websterfuneralhomes.com