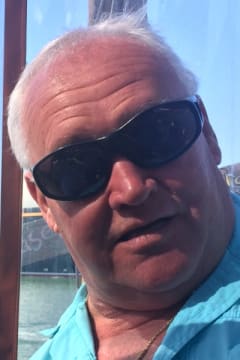 John Richard Reszke, Sr. passed away suddenly Saturday June 13, 2020 at his home. John was born October 24, 1951 in Youngstown, OH to the late John and Gloria (Fokelman) Reszke. He was a graduate of Austintown-Fitch High School. On March 16, 1974 he married Paulette Barbus. He was employed by McLean Trucking and a member of Teamsters Union. He loved cars, the beach, riding his Harley, and spending time with his grandchildren. John is survived by his wife Paulette; children Melissa A. Reszke, John (Lindsey) Reszke, Jr., John (Christina) Frohman; grandchildren Mya Jean and Noah; sisters Veronica Anderson, Lorraine Hughes; brother James (Elaine) Reszke and was also survived by many other family and friends. John was also preceded in death by daughter Jennifer Lynn Reszke and sister Peggy Alford. Visitation from 2:00 PM until the time of the military honors at 3:30 PM on Wednesday June 17, 2020. The Webster Funeral Home, Fairfield is serving the family. In lieu of flowers memorial donations may be made to St. Jude’s Children’s Research 501 St. Jude Place Memphis, TN 38105 or SPCA of Cincinnati 3949 Colerain Ave Cincinnati 45223.
www.websterfuneralhomes.com

Paulette and family, I am so sorry for your loss. My thoughts and prayers are with you all. He will be greatly missed by so many. May God grant you all strength to get through this difficult time. Love to you all.
- Diane Gollner
John was a wonderful neighbor and always made us feel part of the neighborhood. He was a great man and will be missed. Paulette and family, we wish you peace during this time. We sure will miss his smile! - Holly and Bernard Sutton
- Holly Sutton
So sorry for your loss.
- Dennis Wiesemann
Paulette and Family, The loss of John has saddened our entire family, he was such a great neighbor. We hope the precious memories you carry in your heart will help you through this challenging time. -Thomas, Beth, Parker, & Charlie Beischel
- The Beischels
Wishing you peace, comfort, courage, strength, and lots of love! My heart goes out to you and your family. You will be in my thoughts and prayers. Take Care.
- Pam Lykins
I was so sad to hear about your loss. You are in my thoughts.
- Carol Keith
I have so many memories of John and each and everyone of them bring a huge smile to my face . Everett and I will miss seeing that smiling face and listening to his stories . Rest in Peace John Reszke , you were one of a kind and will be missed by many . Your buddy Cheryl Johnson
- Cheryl Johnson