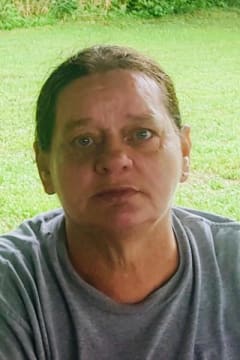 I remember staying at her house, babysitting, playing cards, eating dinner, going to bingo ,and bowling with her. We great great wonderful times. An angel gone way to soon, I will see you again.
- Lisa Witek luker
I'm sorry for the family and friends of Joyce she was a VERY TRUE DEAR friend of mine.. We met about 25 yrs ago moved in 2 doors from each other my daughter and Monica grew up together and was best friends for many years... Joyce and I got to be really close friends she was always there if I needed anything and I was the same for her... I will never forget when I lost the love of my life Gary , she called me up and said I'm to sick to get out and come to u Tina please come to the house I wanna talk to you.. so I did got in the car and went to her.. when I got there she hugged me a good 20 minutes and said u just cry all u need to and i will just hug u til ur done baby girl.. we sat there that night about 3 hours and both cried our hearts out talking about Roscoe and Gary we laughed and cried.. as I was giving her a hug by she said honey I know ur broke and have no way to pay ur bills here is half of what I have and I tried so hard to make her keep her money and of course she got her way made me take $40. Of the $80. She had to her name.. she was so good to me them 25 yrs and I did her the same.. very very good woman Joyce Fields my friend Iove u and gonna miss u so much
- Tina Barker