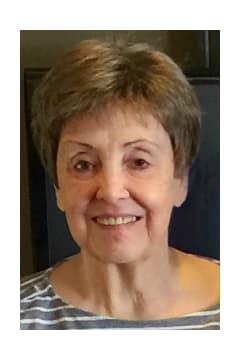 Judith C. “Judy” Roush age 75 of Hamilton passed away Tuesday December 25, 2018 in her home. She was born September 22, 1943 in McKee, Kentucky the daughter of the late Virgil K. and Ruby (nee Medlock) Vaughn. Mrs. Roush was valedictorian of the first class of New Miami High School in 1961. On June 20, 1965 she married Glendon Roush. She attended Miami University and the College of Mount St. Joseph. Mrs. Roush worked as a legal secretary for attorney Jack Garretson for over 20 years and was a member of Bridgewater Church. Her greatest joys in life were her family, reading, and learning. She is survived by her husband Glendon “Glen” Roush; three children Debra C. (Brad) Clark, Michael (Wendi) Roush, and Virginia “Jenny” (John) Pemberton; five grandchildren Braden (Shelby) Clark, Blake Clark, Abigail Clark, Alexander (Katie) Roush, and Dalton Roush; and one sister Jayne (David) Crow. Mrs. Roush is also survived by several nieces and nephews. She was also preceded in death by her brother Gary Vaughn and two sisters Marcia White and Virginia Vaughn. Visitation at THE WEBSTER FUNERAL HOME 3080 Homeward Way at Rt. 4, Fairfield on Monday December 31, 2018 from 10:00 AM until the time of the funeral service at 12:00 PM, with Pastor Drew Wilkerson, officiating. Burial to follow in Hickory Flat Cemetery. In lieu of flowers memorial contributions would be appreciated to the Bridgewater Church Build A Bridge Fund or to Hospice of Hamilton. www.websterfuneralhomes.com

i was sorry to learn of judy's passing. she was in fact as reflected in her obituary my legal secretary/office manager of my law practice for over 20 years. she throughout the years eagerly took on new/additional responsibilities. she assisted me during difficult cases. judy was bright , devoted to her job and luckily had a sense of humor even when we were handling difficult cases. successful lawyers need employees who also recognize their responsibilities in that regard. judy always did. i offer my and Tara,s condolences to judy's family to whom she was always devoted Judy thank you for your friendship, devotion to my practice and professionalism through all the years. i wish you God's peace and rest to you. Jack Garretson
- Jack Garretson
To Glen and family, we are deeply sorry to hear of this. Judy was an amazing lady and she will be terribly missed. GOD BLESS all of you!
- DONNA Morris