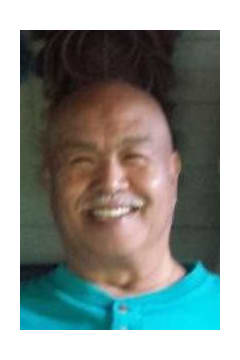 Leopold Maurits Breuer age 78 passed away Monday April 8, 2019. He was born May 29, 1940 in Indonesia to the late Maurits and Nelly (nee Ryken) Breuer. Leopold immigrated to Holland with his family in 1949, then to America in 1956. He served two years in the United States Army from 1963 until he was honorably discharged in 1965. He operated a successful limousine business during his working life. Leopold is survived by his children Ryan (Melissa) Breuer, Renee (Anthony Smith) Breuer; grandchildren Taylor Breuer, Meliah Breuer, Ryan Jacob Breuer, Gabrielle Breuer; sister Ellen (Ken) Miller; nephews Henry and Rob; nieces Sharon, Diane, Kim and was also survived by many other family and friends. He was also preceded in death by a nephew Richard Boehl, Sr. Visitation at THE WEBSTER FUNERAL HOME 3080 Homeward Way at Rt 4 Fairfield Thursday April 11, 2019 from 5PM until the time of the funeral service at 7PM with Pastor Barry Wilson officiating. Full military honors will precede the funeral. In lieu of flowers donations may be made to Joslin Diabetes Center 1 Joslin Place Boston, MA 02215.

I’m so sorry for your loss. I’d like to share some real hope with you. In Psalms 146:4 tells the condition of the dead. In John 6:40 and Acts 24:15 the bible promises a resurrection of our loved ones back to earth. When Jesus resurrected Lazarus from the dead, it was to earth. That was a foregleam of the future. In Psalms 37:11+29 says man will live forever on the earth in peace. That was God’s original purpose, for man to live forever in the garden of eden. God’s purpose hasn’t changed. In Isaiah 45:18 says God created the earth to be inhabited. That’s why he gave his son to die for us, John 3:16, so we could have everlasting life on earth. In Revelation 21:4 says there’ll be no more pain or death. Since there’s no pain or death in heaven, those are future conditions here on earth as God had intended. JW.org
- JoyHolt