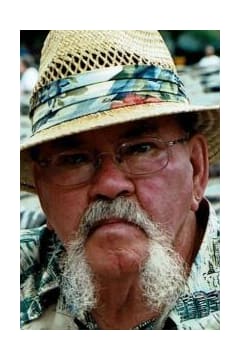 Leroy G. Owens Sr age 87 of Liberty Township passed away on Thursday April 11, 2019. He was born on June 13, 1931 in Leewood, WV the son of the late Jessie and Addie (nee Royce) Owens Sr. On July 7, 1956 in Lawrenceburg, IN he married the love of his life Dixie Scudder. Mr. Owens was a veteran of the United States Navy during the Korean War. He was a member of the Melrose Masonic Lodge and was a 32nd degree Mason. Leroy was a member of the Ironworkers Union local #44 and was a Kentucky Colonel. He is survived by his loving wife of over 62 years Dixie Owens; four children June (Robert Williams) Owens, Jean (Daniel Weeks) Owens, Leroy (Julie) Owens Jr, and Joyce (Steven) McNutt; seven grandchildren Grady Owens, Lacey (Lee) Maxton, Kimber Owens, Layla Owens, Cameron Owens, Duncan McNutt, and Yuchen Shen. He also leaves behind many nieces, nephews, other family, close friends and his best buddy, his cat Whiskers. Leroy was also preceded in death by seven siblings Beatrice Crabtree, Clayton Owens, Faye Chambers, Ruth Tripepi, Jessie Owens Jr, Jack Owens, and Zelma Woodrum. Visitation will be on Tuesday April 16, 2019 at THE WEBSTER FUNERAL HOME 3080 Homeward Way at Rt. 4, Fairfield from 10:00AM until the time of the Masonic service at 11:45AM followed by The Scottish Rite ring ceremony. The funeral will immediately follow the ring ceremony at 12:00PM with Mr. Leroy Owens Jr officiating. Burial to follow in North Monroe Cemetery with full military honors. www.websterfuneralhomes.com

I’m so sorry for your loss. I’d like to share some real hope with you. In Psalms 146:4 tells the condition of the dead. In John 6:40 and Acts 24:15 the bible promises a resurrection of our loved ones back to earth. When Jesus resurrected Lazarus from the dead, it was to earth. That was a foregleam of the future. In Psalms 37:11+29 says man will live forever on the earth in peace. That was God’s original purpose, for man to live forever in the garden of eden. God’spurpose hasn’t changed. In Isaiah 45:18 says God created the earth to be inhabited. That’s why he gave his son to die for us, John 3:16, so we could have everlasting life on earth. In Revelation 21:4 says there’ll be no more pain or death. Since there’s no pain or death in heaven, those are future conditions here on earth as God had intended. JW.org
- JoyHolt
My sincere Sympathy to wife Dixie and and family.
- Wanda Christy