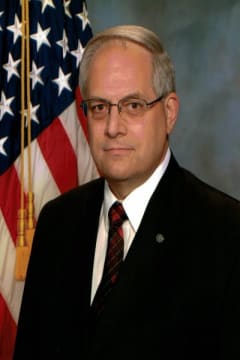 Michael George Ucchino, 72, of Fairfield Township, Ohio, passed away peacefully on Friday, February 12th, 2021, at UC Medical Center in Cincinnati, OH. "Mike" was born on April 22, 1948, in Greenville, Pennsylvania to Dominic and Philomena "Mamie" Ucchino. Raised in Middlefield, Ohio, Mike attended Cardinal High School, where his father was the principal, graduating in 1966 as Class Valedictorian. He received his Bachelor of Science in Aeronautical and Astronautical Engineering from The Ohio State University in 1973 where he was a member of the Sigma Alpha Epsilon Fraternity. The highlight of his college career was being featured as "Poor Paddy Murphy'' in his fraternity's traditional mock funeral to warn against the dangers of drinking. Mike later received his Master of Engineering Administration degree from The George Washington University in 1980. Mike began his career with the government directly out of college at Indian Head Naval Base in Washington, D.C. where he also met his future wife. He worked on many design projects, including the ejector seats for the F-15 fighter jet and the JATO rocket jets which took him to Antarctica in 1977. He then came back to Ohio in 1984 and worked at Wright Patterson Airforce Base with the Department of Defense until he retired in 2012. He then began a series of government consulting jobs to stay busy, lastly working with MCR at the time of his passing. Mike was an avid lover of golf, a life-long loyal Cleveland sports fan no matter how many times the Browns broke his heart, and loved all things space, science & history related. A master at turning a simple answer into an hour-long lecture, he enjoyed dragging his family outside to view any celestial event including the 2017 solar eclipse in the totality range in Cherokee, North Carolina. As discovered by his children over the last few days, he never threw anything away. He is survived by his wife of 41 years, Karen, his daughter Randi (Scott Herbort) Ucchino; sons Ryan Ucchino ·& Rick (Sarah) Ucchino, all of Fairfield, Ohio; and three grandchildren Delaney, Rebecca, and Raymond. He is also survived by his sister Helen King of Salem, North Carolina, and brother Dr. Marc (Barb) Ucchino of Poland, Ohio. Mike was preceded in death by his parents and grandparents, Michael and Amelia Ucchino. Visitation will be on Wednesday February 17, 2021 at THE WEBSTER FUNERAL HOME 3080 Homeward Way at Rt. 4, Fairfield from 12:00PM until the time of the funeral service at 1:00PM. Burial to follow in Oak Hill Cemetery. Online condolences and viewing of the livestream can be found at www.websterfuneralhomes.com 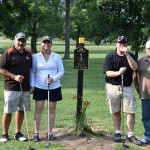 The BEST HS Principal. The same Principal all my growing up! Only got in trouble once when I snuck on to another classes field trip bus to go see the live play TOMMY at Hiram College. LOL He showed me his authoritative look and calmly said YOU'LL BE GETTING Fs in all your classes for day missed.! LESSON LEARNED So supportive of ALL but encouraged good behavior over bad. He will be in our hearts and souls forever RIP
- Jayme Thurling Brown
The Ucchino family meant so much to the Middlefield families that had children. May God give you peace and grace during this time. You are in our prayers.
- Mary Hatfield
Mike only worked in our B-2 Special Programs Branch for about a month but brought a tremendous amount of knowledge to the programs he was supporting. He will be sadly missed and we wish we could have spent more time with him.
- LtCol Alex White
Mike was my cousin. My favorite memories were all the holidays us Ucchinos would get together. Loved the ping pong in the basement in Middle field, Christmas Eve reunions and more recently the funny stories about his Dad and the cars he got from his brother Joe and holding on for dear life as the car door would fly open. What a beautiful service for a beautiful soul. Renee Burkley Ucchino
- Renee Burkley
Riandi, It was a beautiful service. I am praying for you and your family. Marty
- Marty Riggins
My deepest condolences go out to the family! Remembering wonderful times growing up in Middlefield with the Ucchino family and praying that comforting memories bring peace and ease you through this difficult time!
- Donna Alvord
So very sorry for your loss. Doug & Brenda Alvord
- Doug Alvord
I worked with Mike at MCR. Very smart, courteous and someone we could always count on for the best possible solution to any technical issue. My he Rest In Peace. My deepest sympathy to the Ucchino family.
- Rich Roop
With sympathy and condolences to the entire Ucchino family. Mike previously worked with my KBR, Inc. team at the Air Force Institute of Technology on WPAFB as an engineer. He was a great guy and he will be deeply missed.
- Jack Donahue
Mike will be missed by all of his MCR colleagues. Mike and I worked together for six years. He was one of the best engineers I ever had the pleasure to work with. His strong work ethic and pleasant personality were an example for all of us to strive to achieve. Mike you will be greatly missed.
- Steve Thompson
So very sorry for your loss,prayers for all of you
- Linda Shaaban
Mike, I'm gonna miss our weekly talks about our beloved Browns. May you Rest In Peace brother. God bless your family.
- Lenny Ambrosio
I was shocked and disheartened to hear about Mikes passing. I've known Mike for over 2 decades now and as his hairdresser ..Mike never missed or was late for an appointment and would drive 35 minutes up in whatever weather or would stop on his way home from WPAFB to make his appointment . I enjoyed listening to his stories and him keeping me up to date on Karen , their children and grandchildren , he was so very proud of them all! He was a serious, even tempered , soft spoken , kind and level headed brilliant man. I will miss seeing and talking with Mike. My condolences and heartfelt sympathy to Karen and their family! Thoughts and prayers! David Cooper
- David Cooper
I was a frat brother with Mike. I was struggling with calculas and count not figure it out. Mike sat up with me til 4 in the morning going through the whole course. I was asked into class at 9am and aced it. Would not have graduated without that class. A great guy. My heart aches for your family today.
- John kiddie