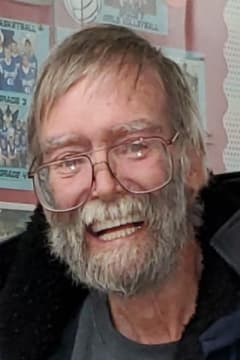 Michael R. Benton age 69 passed away Tuesday October 6, 2020. He was born February 2, 1951 in Cincinnati to the late Arthur O. and Anna M. (nee Stiens) Benton, Sr. On May 18, 1974 in Cincinnati he married the love of his life Patty Wood. Michael was a dedicated Cub Scout Master and Guardian of The Cabin. Scouting was his passion and he helped his sons become Eagle Scouts as well as many others. He loved anything having to do with the outdoors. Michael was also a jack of all trades having worked in many diverse positions. He was an avid baker and took many of his recipes to the grave. Family meant everything to Michael and his children were his first priorities but he also doted on his grandchildren and nieces. He was active daily in his children’s lives and is already greatly missed. Michael is survived by wife Patty Benton; children Valerie (Brian) Frech, Matthew (Shannon) Benton, Daniel (Amanda) Benton, Rachel Benton; grandchildren Brooklynn, Ashlynn, Brayden and nieces Janette, Michelle, Renee, and Dellena. He was also survived by his dog Panda and many other family and friends. Michael was also preceded in death by his brother and partner in crime Arthur O’Dell “Dell” Benton, Jr. Visitation at THE WEBSTER FUNERAL HOME 3080 Homeward Way at Rt 4 Fairfield Saturday October 10, 2020 from 12NOON until the time of the Funeral Mass at 2PM with Father Jeff Silver officiating. In lieu of flowers memorial doantions may be made to St. Jude's Children's Hospital 262 Danny Thomas Place Memphis, TN 38105 or Shriner's Hospital for Children 3229 Burnet Ave #3018, Cincinnati, OH 45229 www.websterfuneralhomes.com

My memory of Mike is what an amazing and devoted family man he was. As long as he was able, he never missed an event or opportunity to spend time with his children and grandchildren and other family members. He will be missed tremendously. Rest peacefully in Heaven Mike.
- Deborah Frech
We at the Shively household are saddened by Mike's passing. We have many wonderful memories from Scouting and Firebird Band. Ann, Rick and Caitlyn send our heartfelt sympathies to the whole family.
- Ann Shively
Mike and I had a lot of conversation throughout the last 35 years, and they all revolved around family. He had a great love for his family. I think his second love was food! He would make me so hungry with his food recipes. And he loved the Boy Scouts. He must have been a great leader. I will miss him.
- Chris Weber