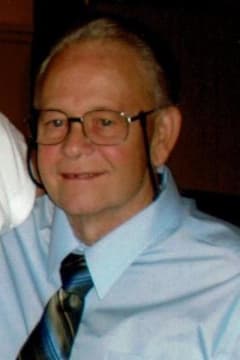 Randall Gene, “Randy” Henderson age 73 passed away Sunday May 10, 2020 at Christ Hospital. He was born February 13, 1947 in Hamilton to the late Russell Henderson and Ruby Harris. Randy was a 1965 Fairfield High School graduate, where he loved pitching for his championship team. He started his professional career as a union boilermaker. He then became a self-employed truck driver, and later he finished his full time career at G&W
Products in the Payroll Department, where he enjoyed working alongside his two brothers. During retirement, Randy enjoyed life on the Harley and spending time with his friends and family. Randy is survived by his wife Bea Henderson; daughter Shawn (Marty) Jones; twin grandchildren Logan M. and Kyndall E. Jones; brothers Douglas (Marcia) Henderson, Gary Henderson; nephews BJ Henderson, Mike (Meaghan) Henderson; nieces Micah (AJ) Smith, Ahmee Henderson; great nephew Sheldon Henderson; a great niece Olenna Smith and was also survived by many other family and friends. Private service and burial at Maple Grove
Cemetery, Miami Township was held at the convenience of the family. Thoughtful cards, flowers or donations to the Kidney Foundation may be sent to The Webster Funeral Home in
Fairfield by Friday, May 15. They are serving the family. The family is planning a summer Memorial Ride & Picnic, where all will be welcomed to come celebrate together the life and memories of Randy Henderson. www.websterfuneralhomes.com

So sorry to lose you Randy. May you rest in the arms of Jesus. You sure will be missed by all your friends and family. Bill & Loretta Harvey
- Loretta Harvey
Sorry for your loss. Sharing in your sorrow. With love and friendship
- Angel Philip
Randy was a great guy and a great friend. Always enjoyed going to his house and working on the motorcycles in his garage. He taught me a lot over the years. Really enjoyed riding motorcycles together. He will be greatly missed. Rest in Peace Randy.
- Steve Willis
My deepest sympathy to the family and friends of Randy, I too am saddened by his passing, I have been on several motorcycle rides with Randy and enjoyed them all. When I first got my Harley, Randy was like Siri, all I had to do was say "Hey Randy", How do I change my oil, How do I adjust my clutch, How do I adjust my rear shocks, Randy always had the answer for me. The thing that sticks out in my mind about Randy was his fancy goggles that he wore and after wearing them on a sunny day and then removing them to find his skin not tanned where the goggles had been, this attracted many looks and laughs and Randy enjoyed it all. Rest in peace my friend.
- Roy Proffitt
Randy was one of my best friends we had a lot of good times riding motorcycles together working on things in his garage and helping him out whenever he needed it I'm going to miss you dearly my friend may God rest your soul in peace your friend forever buddy
- Larry Niemiller
Sorry for your loss always had fun riding and hanging out with him. I wanna say it was last summer we got out and rode.
- Allen Breckel