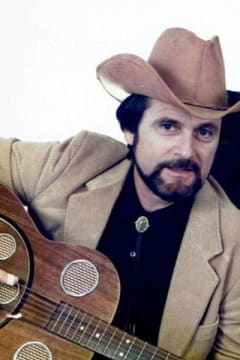 Reg Wallace (Reginald Gary Wallace) age 74 of Grand Island, Florida and formerly of Cincinnati passed away Saturday May 30, 2020 He was born February 6, 1946 in Cincinnati, Ohio the son of the late William and Marjorie (nee Long) Wallace. Reg pursued dreams and captured them. Musician, recording engineer, electrical engineer, mechanic, and chaplain. He was proud to be part of the technical crew that launched space shuttles from Cape Canaveral. Reg never met a stranger. He loved people of all ages, shapes and sizes. His passion for music was lifelong. He loved to learn and to teach. The answer to the question of what he did professionally is "everything".
Reg was passionate about the US Military and considered his service to his country a privilege. Reg served in the Army Security Agency and held a top-secret crypto security clearance. Stationed in Korea during the Vietnam war he worked and lived on the DMZ.
He served as a jail chaplain at Clermont County and won many souls for the kingdom.
We know he is now enjoying a wonderful reunion with family and friends that have gone before. Reg is survived by his wife Wendy Wallace; son, Tony (Ana) Rose; daughters Gina Achuff and Shannon Waitas; seven grandchildren Corey, Katelyn, Elise, Zoe, Sion, Brennan, and Jareth; three great grandchildren; and two sisters Sheila (Tee) Wallace and Angela (the late Jerry) Blanton. Visitation at THE WEBSTER FUNERAL HOME 3080 Homeward Way at Rt. 4, Fairfield on Monday June 8, 2020 from 12:00 PM until the time of the funeral service at 1:00 PM, with Dr. David Long, officiating. Burial to follow with full military honors in Arlington Memorial Gardens. Donations in lieu of flowers may be sent to Wounded Warrior Project (https://www.woundedwarriorproject.org/ or Jessie Duplantis Ministries (https://www.jdm.org/ online condolences to www.websterfuneralhomes.com

I'm praying for you WenDee, Shelia and all the family today and the days ahead, I wish I could be there.. A great reunion will come one day and there will be much rejoicing . I always loved his phone calls and reminiscing our childhood. He had a great talent and was blessed to share it with so many. "Reggie" your winning smile leaves a void in our hearts!! Loved by many....missed by all.
- Annette McNees
We are so sorry for your family's loss. Reggie was a long time friend to our family and we considered him one of the good guys. He was so talented, I loved to hear his steel guitar, friendly and he loved to talk. He will be missed by many. Sending prayers to the family. Love you, Sherry and Wayne
- Sherry
We shall miss you dear sweet Reg. But you have no more strife. In fact I know for sure, I do. You're having the time of your life. I'm sure there is music. In Heaven for you to spin. Surely you're one of the greats. Up there to pick and grin. You were great in all you did. With all you gave great passion. And all turned out truly great. In Reggie style and fashion. We are grieving here on earth. But not for you but us. Achieving your greatest goal. Getting to Heaven thus. So as we bid our farewells. We know they're not goodbye. For our day is coming very soon. Yes seeing you again is nigh. So go rest high on that mountain. Your work on earth is done. And it can be truly said. You're victory's been won. We love you Reg
- Deborah Shields