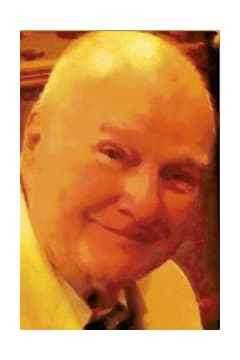 In my thoughts and prayers. Precious in the sight of the LORD is the death of his saints. I didn't know this man of God personally, but as I was listening to one of his sermons this evening on Youtube, I saw a comment that he had gone on to be with the Lord. I was saved at 21 and am now 35 and was tremendously blessed when I crossed paths with some of his audio sermons. Pure holiness and nothing but the unadulterated Word of God. I really appreciate the impact that he has had in my life. God bless the Collins family and his church family and I'm praying the Lord comfort you and strengthen you. Take comfort in knowing that he was truly saved and this I know by the fruit he bore. We need more like him in this hour. To God be the glory! I'm truly awed by this man of God.
- Trish Herron
So sorry to hear about your dad’s passing,a great man of God. We love and appreciate your family and all that they have and will do for the kingdom of God. There is shouting on the streets of gold when a saint comes home. We can almost hear them from here. Remember the great memories you have and they will help you through the days to come. We will all meet one day in heaven. Darrell and Pamela Baker
- Darrell Baker
Greetings Collins Family, You are in thoughts and prayers at this time. We loved and appreciated Bro. Collins for he was a preachers friend who loved the ministry. We truly can say another solider has gone on to his reward in Heaven. We have fond memories of your parents in our home as well as us in their home. God Bless You All, Rev. and Mrs. Robert Sheffield
- Robert Sheffield