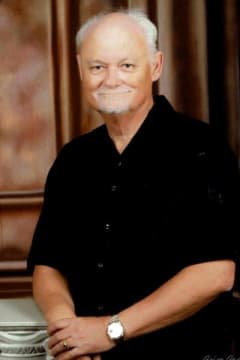 Sam W. Hopkins age 70 of Hamilton, Ohio passed away peacefully in his home surrounded by immediate family on Tuesday June 2, 2020. Sam was born on November 7, 1949 to George and Sue Hopkins. After graduating from Garfield High School in 1967, he attended Miami University where he studied Business Administration. After college Sam served our country valiantly in the United States Marine Corps for six years. Sworn in to the Hamilton Police Department in 1973, he began his 47 year career as a public servant starting as a policeman. He later advanced to detective and was then promoted to sergeant rank. In addition, Sam was well respected as President of the Fraternal Order of Police (FOP) for Lodge #38, where he advocated diligently for his Brothers in Blue. In his latter years Sam served as bailiff under the Honorable Judge Ronald Craft, alongside many colleagues whom he considered dear friends. Sam spent his spare time protecting his church family at the Princeton Pike Church of God with his good friend Nick Gibson, under Bishop Barry Clardy, as the founder and director of the Safety Team. He spent countless hours sharing his knowledge and experience to ensure the team was fully equipped to protect others. Sam was just as devoted to his family as a husband and father. He met the love of his life, Twila Baldwin Hopkins, in 1995 and they spent 25 wonderful years together traveling the country, enjoying fine dining, hiking through nature, and attending church together. He was the #1 fan of his daughter Rachelle, who he denied nothing but protected from everything. Sam is survived by his wife Twila; daughter Rachelle (Austin) Huff; beloved brother Al (Nancy) Hopkins; niece Shelly (Tim) Melcher; nephew CMDR Jason (Melissa) Hopkins; niece Melissa Reed; and several great/great great nieces and nephews. Visitation 4-7 PM Friday June 5, 2020 at the Princeton Pike Church of God, 6101 Princeton-Glendale Road, Hamilton, Ohio. The Hamilton Police Honor Guard will stand guard at Sam’s casket during the visitation and also conduct an FOP service at 6:45 PM Friday evening. The funeral service will be held at 9:30 AM Saturday June 6, 2020 at the church with Pastor Barry Clardy, officiating. Burial to follow with full military honors in Hickory Flat Cemetery. THE WEBSTER FUNERAL HOME 3080 Homeward Way at Rt. 4, Fairfield is serving the family. In lieu of flowers and in honor of Sam's family, donations may be made to Princeton Pike Church of God Safety Team. www.websterfuneralhomes.com

To the Hopkins Family, So saddened to learn of the passing of Sam. Proud to have met him when our professional paths crossed. A true Friend and Brother and will be sorely missed. R.I.P. Brother Sam.
- Doug Crawford
Sam was the best! I enjoyed our talks of how to fix what's wrong in the world and swapping war stories (he as a Police Officer and me as a Prosecutor). Our shared eye rolls and head shakes made Truancy Court bearable. Rest in Peace my friend. My deepest condolences to your family.
- Liza Kotlarsic
Twila, my heart is aching for you and your family. Praying for all the strength and comfort that God will provide for you at this difficult time- Love you
- Pamela Ayers
My deepest sympathy to Twila, Rachelle, Al & the rest of the family. I was blessed to have known Sam and will always cherish our Rocky Mountain camping trips together, golf outings & hunting excursions. Sam was an honest & God fearing man and I know he is in better hands at this time. May we all meet again in the future. God Bless, Steve & Judy Ingram
- Steve Ingram
I grew up with Sam in lindenwald and we graduated together. May you be in peace Sam. My sympathy and prayers to your family.
- Michael Sick
Sam was such a nice and compassionate individual. Always there to help or give you a hand. He will be truly missed
- Mike hendel
Dear Twila and family, My prayers are with you for peace and strength during the coming days.
- Mary Cox
Sam was such a wonderful man. I only had the pleasure of knowing him for a few years but he will be greatly missed in Judge Craft's courtroom! We will meet again, Sam!
- Lorraine Search
Please accept our deepest sympathy. My heart is broken for Twila, Al & Nancy, Rachelle, Shelly, Jason, Melissa and the rest of the extended family. I know he meant so much to each and every one of you. May God be with you and your family through these difficult times. "When the Lord calls our loved ones home, he leaves a gift of memories in exchange." I know that all the family has many fond memories of Sam! Praying for all of you. Love, Bennie & JoAnne Frazier
- JoAnne Frazier