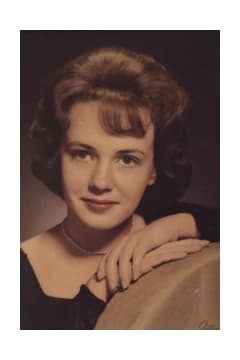 Sandra L. Pence age 74 of Fairfield passed away on Saturday September 21, 2019. She was born on September 19, 1945 in Cincinnati the daughter of the late Otis and Evelyn (nee Byrd) Brock. In 1965 Sandy married Robert Pence and he preceded her in death on April 3, 2016. Sandy graduated from Hughes High School in Cincinnati in 1963 and worked as a Secretary for Cincinnati Public School Board of Education. She later retired from Bob Evans Restaurant after 20 years of service. She met her husband of 50 years in Cold Spring, KY and later married him in Greenhills, OH. She was passionate about volunteering and community service having served on the PTC board at Fairfield City Schools. She also was a frequent volunteer at Fairfield City Schools and Sacred Heart School where she was a parishioner. She led her daughters’ Campfire Bluebird troop which focused heavily on the values of volunteering, community service, and civic duty. She also led and assisted with her daughter’s Girl Scout troop. She took civic duty very seriously and over the years helped with several local political campaigns. She loved poetry and was a passionate writer. She was very talented at quilting, crocheting, and sewing; quilting being a tradition handed down from her own mother. She was passionate about her children and centered her life around raising them. She was loved by many and will be missed by all that knew her. She is survived by three children Michael T. Pence, P. Kimberly (Sam) Montrose, and Natasha L. Pence; two grandchildren; one sister Carolyn (Martin) Duncan. She also leaves behind many other family and close friends. Visitation will be on Thursday September 26, 2019 from 5:00PM- 8:00PM at THE WEBSTER FUNERAL HOME 3080 Homeward Way at Rt. 4, Fairfield. The funeral service will be on Friday September 27, 2019 at 10:00AM with Pastor Barry Wilson officiating. Sandy will be laid to rest next to her husband Robert at Dayton National Cemetery at 1:00PM. www.websterfuneralhomes.com

Please share a condolence, photo or memory of Sandra. We welcome all condolences that are positive and uplifting that will help family and friends heal.