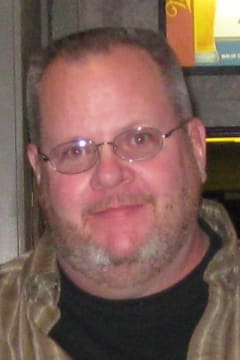 Terry Haley age 54 passed away Monday September 21, 2020. He was born February 28, 1966 in Hamilton to the late James Loyd and Pauline Haley. Terry is survived by his children James Haley, Amanda Haley; brothers Jimmy DeBorde, Jerry DeBorde; mother of his children Jenny Haley; nieces and nephews Julie, Kari, Steven, Dylan and was also survived by many other family and friends. He was also preceded in death by a nephew John DeBorde. Terry was an incredible mechanic, dad, coach, friend, and so much more. He worked as a legendary Master Technician for 32 years. There was nothing in the world that he couldn’t fix. “Work smart not Hard”-Terry Haley. Visitation at THE WEBSTER FUNERAL HOME 3080 Homeward Way at Rt 4 Fairfield Friday September 25, 2020 from 4PM until the time of the funeral service at 6PM with Evangelist Bo Black officiating. A celebration of life following the funeral at the Benison Event and Co-Working Center 100 South 3rd Street Hamilton Ohio 45011, located on the third floor 7-9pm.

So many memories and such a good man that loved his kids. I can still remember when Wayne, Terry, Mike and I decided to protest and skip basketball practice over an injustice I don't recall. Wasn't long until we chickened out and showed up at practice late with our protest story for the coach. Terry came in the room later and said he was late for practice as he felt sick and needed some Frosted Flake. Didn't have time to sync up our story... oh well. Will always remember you fondly my friend.... God Speed and God Bless.
- Mark Robinson
James, I didn't know your father very well, but he sure was awesome person to my Cameron. It breaks my heart that your going through this, knowing my mom has just past i understand your pain. But he touched my heart because he was always on Facebook helping my baby girl through some hard heartaches and heartbreaks. He was like a father to her. I appreciate him for that. He raised a great son so hold your head up, and keep moving forward because that's what he would want.
- Vicky