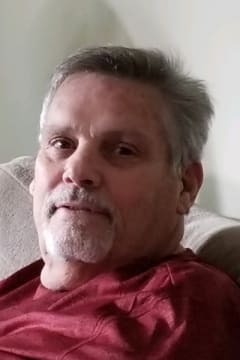 Troy Ray Collins Sr., 72, of Fairfield Township, Butler County, OH, passed on November 14, 2020.
Troy was born to Armer Ray Collins and Judy Nadine Caudill, September 9, 1948, in Letcher County, Kentucky. He graduated from Walnut Ridge High School, but would have preferred his beloved Greenhills in 1967 and then joined the Air Force. Troy served in the Air Force for 21 years active duty over his career he would work with radar systems and then go on to teach others how to work with them. After he retired from the US Air Force he returned as a civil service employee to continue to teach radar systems to the Air Force for another 10 years during which time he also worked as the Assistant Fire Chief and First Responder for the Perk County fire dept. In 1998 Troy retired and returned to his home state of Ohio to be closer to his family and to reunite with his high school sweetheart and his friends he grew up with.
He leaves as his legacy, his wife Sharon Kay Miller Collins. His children Troy Ray Collins Jr. and his wife Jennifer, Shawn Edward Collins, Tabitha Ann Emma Taylor and her husband Donnie, Mathew Collins, Aaron Collins, Steven Scott Schlicker and Tina, and Brian Michael Schlicker. His grandchildren Bianca Fahmy, Nelson Collins, Cody Collins, Gabe Williard, Kyle Collins, Anthony Taylor, Rhett Taylor, Drew Schlicker, Clay Taylor, Zayne Collins. His great granddaughter Alisha Fahmy. His brothers, Harold Collins and his wife Cindy, Floyd Collins, and Roger Collins.
He was preceded in death by Armer Ray Collins, his father and Judy Nadine Caudill, his mother. Visitation at THE WEBSTER FUNERAL HOME on Thursday November 19, 2020 from 10:00 AM until the time of the funeral service at 11:00 AM, with Pastor Barry Wilson, officiating. Full military honors will follow the service at the funeral home. www.websterfuneralhomes.com

Troy was a friend of ours while we were stationed in England. Don (my deceased husband) and Troy were together at Bentwaters R.A.F England. We lived by the North Sea and Troy and his family would get together with us. Troy and Don Hale would get together to listen and record music and have a few beers and talk about our homes and families back in the USA. We all became "family" as service members do when your stationed together , especially Overseas. I will always remember Troy as a kind hearted, dear friend who would do anything for you. I suppose now Don and Troy will be listening to music together once more, in this beautiful place called Heaven, where there is no pain, only Joy, with God, where we will some day meet again. My condolences to all of Troy's family. Peace, Mary Angelina Hale, now Strothman
- MARY STROTHMAN